Ippatsu is unique among the yaku, for it requires riichi to even be applicable. Because of this, it is impossible for a hand to with with ippatsu alone. At the very minimum, a hand could be riichi with ippatsu. Unlike riichi, ippatsu is not compatible with every other yaku. Two cannot mix with ippatsu: rinshan kaihou and houtei raoyui. Regarding rinshan kaihou, the required call for kan to invoke rinshan already cancels out ippatsu. As for houtei, a riichi declaration must be made with at least 4 tiles left in the live wall. That leaves the very last possible tile draw (and discard) belonging to the riichi declarer.

Ippatsu can combine with chankan, as the kan call is not considered complete if someone wins off it. 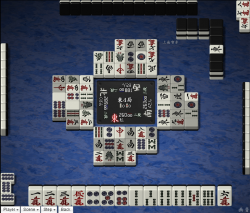