Riichi City is an online Japanese mahjong platform developed and published by Lancelot Tech Ltd. It was released on January 19, 2022, with the slogan "Conquer the challenges to be No.1". The game features an urban-style design and fast-paced in-game competition, and encourages players to fight to the top to become the mahjong champion. It offers basic game modes for free, while also providing Gacha mechanics where players can obtain new items and characters via top-up. Riichi City is now available on Google Play Store, Apple App Store and PC in four languages—English, Japanese, Chinese and Korean.

On January 19, 2022, Riichi City was released with 8 characters to choose from.

On February 2, 2022, Riichi City invited the famous professional mahjong player Shibukawa Nanpa to join a No Bugs Challenge in-game. After playing for hours and checking the whole game, he declared "No bugs were found".

On February 28, 2022, Riichi City held its first Monthly Team Event in which players could team up with professional mahjong players and compete against each other. The winning team was decided according to their total scores in Ranked Matches.

On March 14, 2022, Riichi City launched the event Fight for the Shimmering Snowflake and made available two new exclusive outfits: Bunny (for Toho Nagi) and Sweet Girl (for Amami Shiotsuki).

On May 13, 2022, Riichi City invited players to join testing for 3-Player Mahjong. Participants who sent feedback and reported bugs to the team in the Twitter, Discord and LINE groups were given rewards such as a special avatar frame. 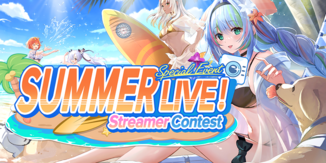 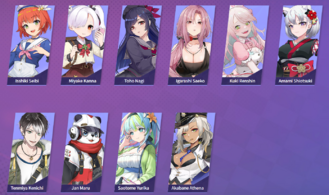 Voucher: Rare currency. Can be used to Gacha and purchase a variety of items.

Coin: General currency. Can be used to join in match, exchange items and awaken characters.

Gifts can be given to a character to increase points to their mahjong sense.

The following items Can be used to awaken a character.

Players begin with a rating of 1500. Players gain or lose rating points based on the Game's variance: Final points / 3/5 - R0. R0 is tied to opponent ratings. Maximum possible is +30, while the minimum is set to -25.

Official Tournaments are created by the Riichi City official team. Tournaments will start when a preset number of players have registered.

In general, only the first and/or second place(s) of each match will advance to the next match.

Custom Tournaments are created by players. Each player is allowed to create one casual tournament for free. (Limited time offer)