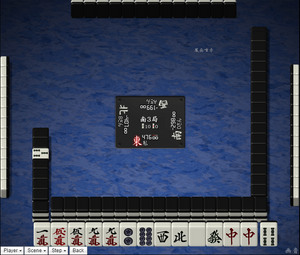 Honba 「本場」 or tsumibou count is an added element to scoring, that awards bonus points for particular repeats. The honba count increases by one for the next hand according to these three scenarios:

When any non-dealer wins a hand, then the honba count resets back down to zero.

A custom rule named basengo 「場千五」 may be used, by which the honba value is five times the normal value. With this rule, instead of 300 points per honba, it is 1500 points per honba. This rule is not commonly used; and instead, it can be found under gambling situations.