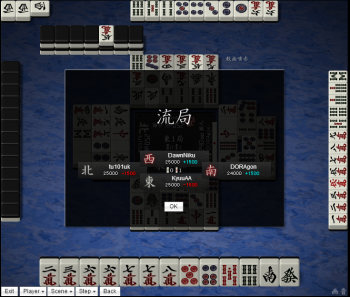 An ankan case called as tenpai.